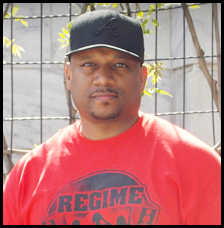 Dj Dwight Jones hails from Cleveland, OH with over 30 years of DJ experience. After serving his country proudly in the United States Army he moved back home to Cleveland, OH before moving to Atlanta, GA for good in 1996. 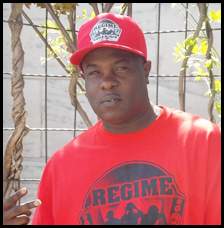 Born and raised in Cleveland, Ohio started djing as a hobby in the early 80s. Grew up during the golden years of hip hop and still represent that everyday.

As a result, stays faithful to the original 1200 turntables as tools of the trade. Moved to Atlanta in 1997 to open a barber shop but still stayed in touch with music by djing private events such as graduations, pool parties, and birthday parties.

In 2009 stopped cutting hair to pursue djing full time. Currently the founder and CEO of Studio 2.1.6. Inc., a promotions and djing company, Official Dj of Deadbolt TV and a member of Regime Squad Djs. 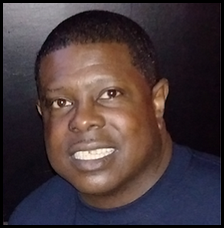 Dj Boogie is from the South Side of Chicago and started off as a rapper/break dancer while attending high school in Springfield, Illinois. After graduating, Dj Boogie returned to Chicago in the early 80′s as a House Music Dj

Dj Boogie performs in many clubs in the US and in Europe. He was a member of the Radio Station street team called the Bomb Squad for Foxy 99.1 in Fayetteville, North Carolina performing live mixed shows. He also appeared in the hip hop documentary, Business as Usual, The Exploitation of Hip Hop.

Dj Boogie played alongside Legendary Djs' such as Kool Dj Red Alert for over 2 years at the live broadcast for 102.5 Grown Folks Radio at Flambeaux Seafood and Steak Restaurant in Atlanta, GA. Dj Boogie is currently a member of the multi-state Regime Squad Djs and on-air personality and member of the ATL TOP MIX 5 or WYAMJammamerica.com

Experience includes but is not limited to: 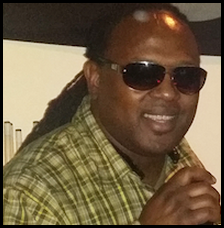 Over 25 years of music involvement from the early years of breakdancing, marching band, songwriting, producing, singing, music management, club management and club promotion. Lou Legend is a man of many talents but it was sometime in the early 2000s Lou Legend was given a MIC to Hype a Christmas Party and from that day on, on the Southside of Atlanta Lou Legend has change the game in the hype man business. In 2014 Lou Legend had the privilege of joining the REGIME SQUAD DJS giving him the opportunity to show his skill to a boarded audience. Currently as Member of REGIME SQUAD DJS, Lou Legend is gig over the Atlanta metro area, Clubs, Private Event and Celebration. Cofounder of ATL Southside DJS, CEO of LLegend ENT. From Atlanta GA to Charlotte NC to Cleveland OHIO The Legend lives on... 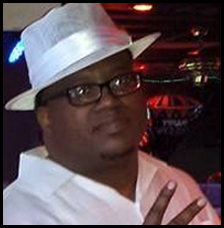 Mike Brewer Sr (Dj Cash Money Mike) was born and raised in Cleveland, Ohio. I had a love for music at a very young age. Being raised in a home with the instruments piano, snare drum, saxophone, clarinet and organ wasn't enough for the young music enthusiast.

I was always around DJ's like JJ Jeffries, Gay Rose and The Disco King all who took me under their wings and gave me every aspect of the game.

By the time I turned 13 I was on my way. Using anything that produced a sound I would make people dance.

By the time I was a Junior in High School I was a well known DJ playing at local events, house parties and Shaw High School Korb Lounge.

Attending Central State University gave me the opportunity to perform on the college scene in middle Ohio.

My experience is as followed:

39 years as a DJ , performing and residencies in 8 states to include Europe. Experienced in hosting, promotions, planning and producing entertainment for groups of 10 to crowds of 20,000 people at clubs schools, colleges, concerts, political, professional and social events.

Now residing in Atlanta, GA I have the opportunity to use this diverse city as my platform to expand my talents as a Video DJ providing an ultimate level of service and professionalism.